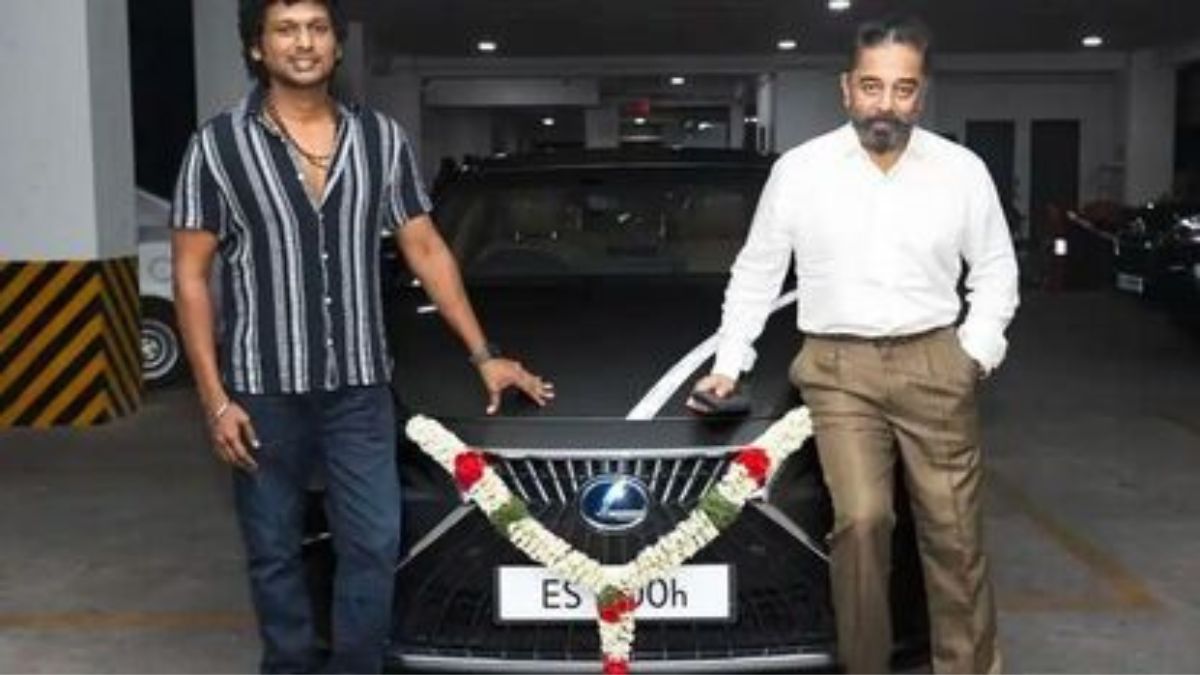 Veteran actor and South Indian superstar, Kamal Haasan has gifted a brand-new Lexus ES 300h luxury sedan to film director Lokesh Kanagaraj on the success of the latest movie ‘Vikram’. The film was launched a few weeks back and has become a blockbuster just within a few weeks of launch. The multi lingual movie has been highly appreciated by a variety of audiences and has become an instant success. Lavishing appreciation for all the work, Hasan gifted the Lexus to the film director, as well as 13 TVS Apache RTR 160 bikes to the assistant directors of the film.

Kanagaraj took to the microblogging site to express his excitement about receiving a brand new Lexus. He twitted a photo of himself receiving the car on social media. In his Twitter post, he wrote – “Thank you so much Aandavarey @ikamalhaasan” – thanking Kamal for his gesture and calling him ‘Aandavarey’ which means ‘God!

The ES 300h comes out as the entry-level model from Lexus and is a strong hybrid sedan. The latest version of the model went on sale in India last year in October and is available in two trims – Exquisite and Luxury, priced at 59.50 lakh and 65.60 lakh (ex-showroom, India) respectively. Although it is not confirmed, but reports say that Hasan has gifted the higher-end trim to Kanagaraj.